Numerous organizational meetings have taken place during the formation of OAITI. Often times, the length of these meetings would dictate that we have some snacks to go along with them. These would often be some type of food bar, such as a LARABAR: 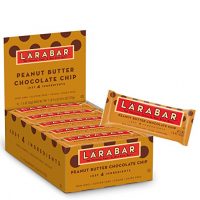 Many times, we’d informally rate these “The taste is great, but I’m not a big fan of the texture!”, “It has an interesting aftertaste”, “The branding is a little boring”. As more meetings took place, we realized that it might be worth our time to formally collect ratings data on each bar that we try as a group. As the months went on, we collected enough data to do some rudimentary analysis of our preferences. The data in its complete raw form is given below:

You’ll immediately note some issues with the data:

Using this data, and the R package recommenderlab, we created a Shiny application which attempts to fill in the missing ratings for particular users, by using their ratings to form recommendations for the bars they didn’t rate. Similar (but far more advanced) recommender systems are used by Netflix, Amazon, and many other online services and retailers in order to recommend products to users. We felt this was a neat prototype of a recommender system partly because of its simplicity, and partly because of the self-collected nature of the data. A screenshot of the application is available below: 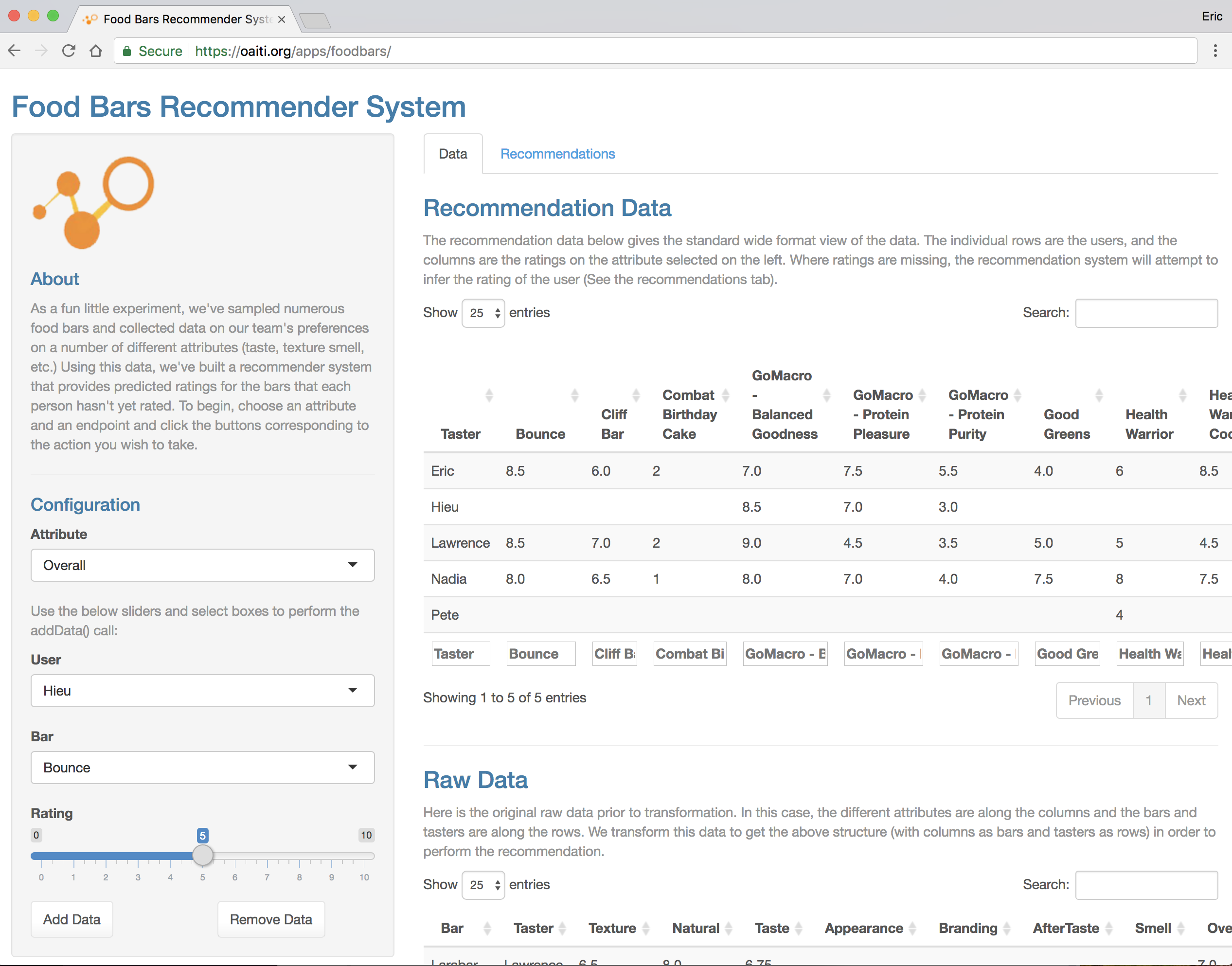 The app is available at the following URL: https://oaiti.org/apps/foodbars/ – Feel free to explore the data yourself. A modern web browser, such as the latest version of Google Chrome, Mozilla Firefox, or Microsoft Edge is required. The full source code application and data processing, is available on our GitHub Page.